In 1999, SAPAA asked me to make a presentation at their annual conference in Long Beach, California about drug testing in the “new millennium.” It was the year after I founded the Current Consulting Group (CCG), so my company was still new and the last thing I needed was to offend everyone in the industry by making wild predictions that no one liked. When I shared this concern with my good friend Mac Allen, then of National Safety Alliance, he suggested I conduct a survey and then present the results as my presentation. He said that way no one could argue with me because I would be presenting their opinions rather than my own.

So that’s what I did. My presentation was scheduled for 4 p.m. as the last presentation on the last day of the conference. What’s more, SAPAA scheduled a board of directors meeting at the same time. But the room was packed, and my presentation was a great success. Later this year, we will release the results of the 23rd annual Current Consulting Group Drug Testing Industry Survey.

Over the years I have wandered from the safety of CCG’s annual survey findings to share my personal opinions on many industry-related topics including the future of the industry. For this article I have decided to do so again. However, first, let me share some results from CCG’s 2020 surveys.

Current Consulting Group is preparing to launch its annual employer survey with the industry survey scheduled to follow it this summer. Based on our 2020 survey results, I’m prepared to make the following predictions:

Oral fluid testing will retain its newly gained market share and possibly see another increase in 2021. The Substance Abuse and Mental Health Services Administration (SAMHSA) continues to work its way through the implementation period for its Oral Fluid Mandatory Guidelines (originally issued October 25, 2019). As that process completes itself, interest in oral fluid testing will likely increase. If the Department of Transportation (DOT) announces its long-awaited oral fluid testing guidelines this year, the final barrier will have been removed and SAMHSA’s prediction that 25-30% of all federal and DOT-mandated drug tests will shift to oral fluid will likely become a reality.

Also, the ongoing effort to legalize marijuana will move more and more employers to oral fluid testing because it is the only federally endorsed drug testing method that detects recent marijuana use. Other testing methods may make the same claim, but it may be decades before the government endorses those methods, if ever. Lab-based oral fluid testing is the only recent-use detection method that offers legally defensible standards issued by the federal government.

Specimen collections will continue to be a challenge for many employers, especially those operating 24-hour work shifts or maintaining remote worksites. Also, the concerns some people expressed in 2020 about visiting off-site collection sites where sick people gather for COVID testing, will not go away in 2021 and, perhaps, beyond, even with the availability of vaccines.

I predict that specimen collections will only get more difficult. Why? 1. According to several sources, more pandemics are coming. 2. People will become even more leery about visiting places where sick people typically gather. 3. Remote workplaces will demand a different collection method that facilitates quality collections at reasonable pricing (many employers’ 2021 budgets have been negatively impacted by COVID).

My Most Important Prediction

First and foremost, I predict that drug testing is still here to stay. There have always been challenges to our existence as an industry, but drug testing is far from the brink of extinction. Following are a few false “prophesies” floating around the industry that you should beware of:

A lot has happened since the World Health Organization (WHO) declared the novel coronavirus (COVID-19) outbreak a global pandemic on March 11, 2020. The United States went into lock-down mode from coast to coast and now many states are lifting those restrictions. Most businesses were deemed non-essential and had to close their doors to customers and employees and now many businesses have the green light from local governments to reopen and rebuild. Unemployment skyrocketed and now it is below 7% again.

Clearly, 2020 was not a normal year. The pandemic affected the drug testing industry significantly and while we may not be able to predict the future with certainty, we are likely never going entirely back to the way it was. 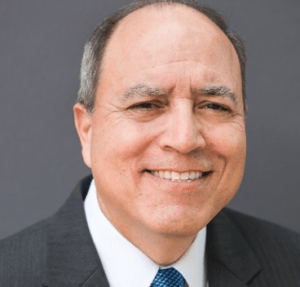 Bill Current is the author of “Why Drug Testing: Updated and Expanded for 2020 as well as 9 other books on substance-related issues. He founded the Current Consulting Group in 1998 and it has become the number one recognized brand name in compliance, business development, and operations consulting in the drug testing industry. Bill is a frequent speaker at webinars and conference around the country. He created Current Compliance, the most comprehensive on-line subscription database on all state laws related to workplace drug testing, including marijuana and workers’ compensation laws. He is the former Executive Director of the American Council for Drug Education, Director of the Institute for a Drug-Free Workplace at the U.S. Chamber of Commerce, and Vice President of Consulting at Employee Information Services. With more than 30 years of experience, Mr. Current is widely considered one of the leading experts on drug testing and the drug testing industry.