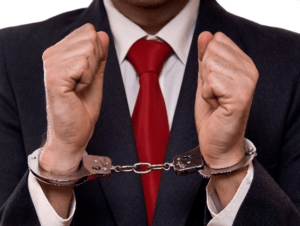 A CEO of a tech startup recently told me a story about when, during a hiring rush, he hired 20 new engineers in one week.  In the following weeks and months, he discovered that half of those (half!) were bad hires.  Was it really worth the rush?  Of course not.

Filling an open position is no easy feat, and hiring managers often feel pressure to do so as quickly as possible. After all, an open role means the organization is not operating at full productivity. Tasks go undone and quality suffers as work falls on employees whose plates are already full. This can cost a team in both productivity and morale. However, it is nowhere near as costly as rushing to bring an employee on board and later discovering that they engage in counterproductive work behavior (CWB).

What is CWB?  It is essentially bad behavior at work.  CWB covers any employee activity that goes against a company’s interests, and it is all too common across private industry and public agencies. CWB covers smaller infractions that can impact a company’s bottom line, including petty theft and misuse of company time.  However, behaviors under the CWB umbrella can be as severe as bullying, physical violence, and sexual harassment.

CWB costs businesses billions of dollars per year.  For example, the Association of Certified Fraud Examiners (ACFE) found that companies lose 5% of their revenue every year due to fraudulent employee behavior.  Think about that for a moment.  That means that, if your company generates revenue of $5,000,000 per year, 5% of that is $250,000.  Is it worth courting that kind of financial loss because you are in a hurry?

It is not just the bottom line that is impacted either. Allowing behavior like this to go unchecked may result in decreased morale, higher than expected employee turnover, and even legal action.

That is why, no matter how tempting it may be to cut corners during the vetting process, it is never a good idea. It is far easier to weed out candidates likely to engage in CWB before they join your team. Doing so afterward is a costly and time-consuming process that comes with all kinds of challenges.

So, how can you prime your hiring process so that you do not find yourself with troublesome and costly employees on your team? Your organization needs to take pre-employment screening seriously, and you need to understand that vetting goes beyond the traditional background check.

When it comes to screening for CWB, background checks are the “go to” tool for the vast majority of employers. Obviously, reputable background check companies provide their customers with comprehensive data where that data is available.  However, in many situations, there is no data to report (e.g., when a candidate was previously fired for sexual harassment or any other activity that is not reported to authorities).

All one needs to do is view the statistics on CWB to realize many businesses may not benefit from traditional background checks as much as they think: One in three employees reports that they’ve faced some type of harassment while at work, all forms of theft remain an issue in workplaces nationwide, with “time theft” costing companies up to $11 billion per year, and it is estimated that two million Americans fall victim to workplace violence annually.

Unfortunately, with different background check protocols from state to state, some screenings prove less thorough than others and costs of background checks themselves can fluctuate. And even the most exhaustive background checks still leave a gap where behaviors are not reported, whatever the reason. 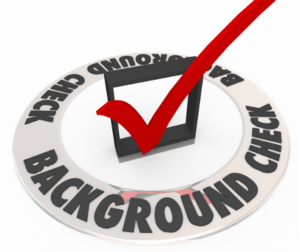 Another limitation of pre-employment background checks is that they are typically conducted in a way that is limited to capturing the data available at a single moment in time. Employers can see whatever is on record when they screen a job candidate, but they do not have access to more than that. This means a prospective hire could commit a crime the day after they start work and the employer would be none the wiser. Continuous screening has emerged as a means of addressing this problem, enabling employers to track and flag criminal records in real time. However, not every company takes advantage of this ability. Additionally, if a criminal act is expunged from an individual’s record, it will not show up.

Background checks also fail to uncover legal behaviors that are counterproductive in the workplace. For example, while reported instances of violence or theft might show up on a background check, the tendency to bully other employees or steal company time almost certainly will not. However, these behaviors are no less detrimental to an organization’s bottom line, even if they do not always come with legal consequences.

This is not to say traditional background checks do not have a place in the vetting process. They absolutely do.  When criminal activity is on record, background checks are proven to be an expedient and useful tool. However, they cannot be the only tool in an organization’s screening toolbox.

But You Should be Doing More

According to a study that analyzed the validity and utility of 100 years of personnel selection, the overwhelming indicators of job success are a general mental ability test paired with, respectively in order of effectiveness, an integrity/ethics test and a structured interview.  Seems obvious when you think about it, that intelligent people with high ethical standards are more often successful at their jobs, but many employers are unaware of the tools, tests, and technology that are available.  So, they lean on the most straightforward (and seemingly least expensive) path to getting to know a person — they talk to them.

One of the most widely utilized tools for screening a candidate is the interview, which, when properly conducted, can facilitate the discovery of a tremendous amount of information. However, not all interviews are created equal; interviews can be structured or unstructured.  The difference is easy to define.  Structured interviews follow a path of pre-determined questions and topics planned in advance by the interviewer.  Unstructured interviews are a more “winging it” approach.  Employers hoping to increase the reliability of these exchanges should plan the content and order of questions in advance. Structured interviews are a proven approach to keep the conversation on track, but do require the interviewer to be trained and disciplined in their approach.  That’s why it’s imperative to train hiring managers to properly conduct interviews to avoid having the conversation to go in directions unintended (and unwanted) by the interviewer, such as rambling stories and off topic discussion.

Another consideration when conducting interviews focused on CWBs is that these behaviors may be difficult to ask about and embarrassing for a candidate to answer.  Too often businesses focus only on skills and experience, deemphasizing behavioral questions or skipping them entirely. By knowing which questions to ask, and how to legally ask them, managers can learn about an interviewee’s belief systems, ethics, and morals.

Moving beyond interviews, another very valuable approach is to use assessments as a pre-interview tool to help facilitate these conversations in order to provide the interviewer with direction and areas of focus.  Assessments come in many flavors and there is a gargantuan range of products to choose from, including personality assessments, skills assessments, general mental ability assessments, and integrity/ethics assessments to name a few.  When vetting candidates for their ethical attitudes and personal involvement in CWBs, integrity assessments are the most useful type of assessment.

It is important to understand that all of the tools I am talking about should be used together as a process, so that you are taking advantage of the most effective interview techniques and the vast array of technological tools and assessments available to hire trustworthy and dependable team members. Hiring and recruiting technology is advancing at a rapid pace, and using advanced assessments as part of your vetting process makes the interview process faster and more focused by getting a clearer understanding of where you should direct the conversation before you ever begin talking to the candidate.

At Verensics, our platform uses red flags in the test taker’s behavior to deliver tailored feedback during the assessment as well as adjust question topics.  With its ability to account for human error, deliver an unbiased report, and bridge the gaps in background checks, Verensics assessment software can help hiring managers make more informed decisions about who to welcome onto their team. It can also save you time and money, narrowing the number of candidates during the earlier stages of the hiring process so you don’t need to conduct a high volume of interviews or administer background checks to everyone who applies.

Vetting a candidate is not a one-size-fits-all approach.  There are many vetting tools, so do not limit yourself because you are rushing to hire someone.  Beyond the statistics, imagine seeing your competitor’s name on the front of the Wall Street Journal, in a story about how their stock plunged due to a sexual harassment or a fraud scandal.    Now, aren’t you relieved that you did everything possible to avoid that happening in your company?

Russ Law is a co-founder and Executive Vice President of Verensics, an integrity and ethics assessment software that focuses on the entire lifecycle of personnel risk, from pre-employment, to code of conduct compliance, to employee investigations.  Verensics combines the capabilities of experienced corporate investigators and organizational psychologists with sophisticated algorithms to analyze a person’s ethical attitudes and personal involvement with counterproductive behavior.  He has 20 years of experience in corporate security, including10 years in leadership roles with ExxonMobil corporate security, supporting ExxonMobil’s business operations throughout the world.  Additionally, Russ has led teams in executive protection, security operations, code-of-conduct investigations, intelligence analysis, and crisis management. He has conducted security risk assessments for facilities in the US and abroad, including critical infrastructure. He is past Chair of the ASIS International Greater-Atlanta Chapter, a member of Infragard, and a graduate of the FBI Citizens Academy.